A bit of fun in the sun! 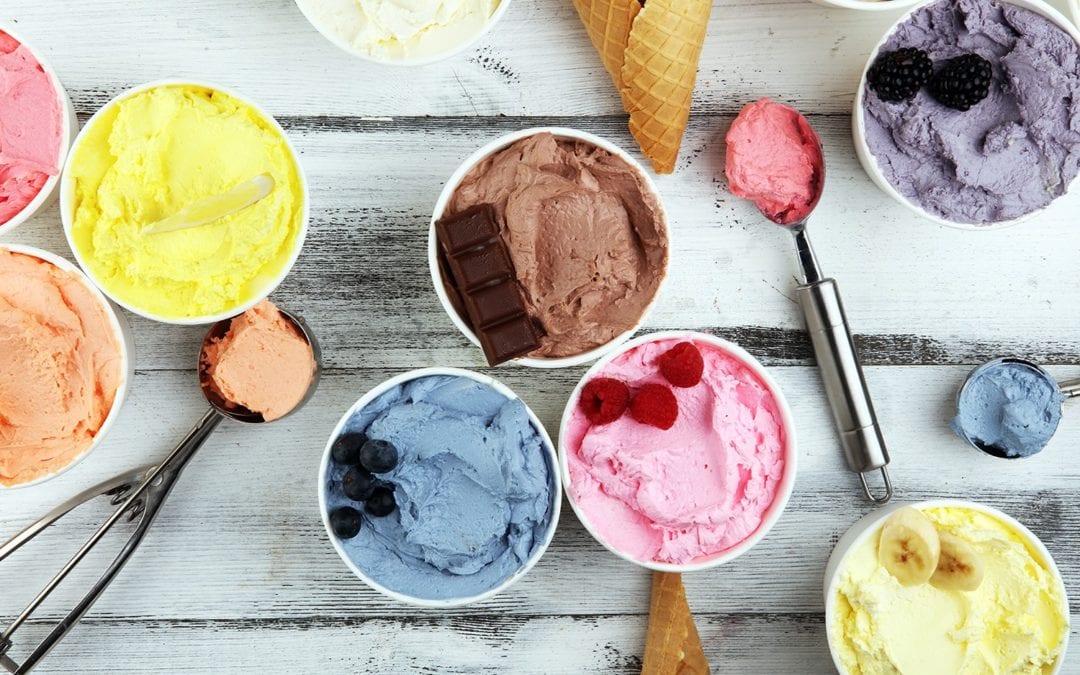 Make your own Ice Cream! Liven up your summer with these refreshing ice cream recipes. Something for the kids to get involved in! We’ll never be as good as Maia Gelato in Rugby… …But worth a try!

Method:
Pour the cream and milk into a large saucepan and stir in the vanilla pod and seeds. Bring to the boil, then immediately turn off the heat.
Whisk the egg yolks in a large bowl until pale then whisk in the cream and milk. When combined, return the liquid to the saucepan and set over a very low heat.
Cook for about 5 minutes, stirring constantly, until the custard is just thick enough to coat the back of the spoon. If the mixture overheats, the eggs will begin to scramble.
Remove from the heat, remove the vanilla pod and pour the custard into a clean bowl. Cover the surface with cling film to stop a skin forming, leave to cool.
Put the strawberries and banana in a food processor and blend to a puree. Put the cooled custard and the puree into a pre-chilled ice cream maker. Churn until very thick (approx 30 minutes) then transfer to a freezer proof container and freeze.
Leave to stand at room temperature for 5-10 minutes before serving.

Method:
For the red layer, remove the melon seeds. Puree the flesh with 30g of the sugar in a blender. Pour into the ice lolly moulds so they are all 1/3 full. Freeze for 1 ½ hours.
For the yellow layer, blend the peaches with 30g of the sugar. Pour onto the frozen red puree so the moulds are now 2/3 full. Freeze again until solid.
For the green layer, blend the kiwi fruit with the water and 30g of sugar. Sieve the puree to remove the seeds. Fill the lolly moulds. Add the sticks and freeze.
Equipment required: Blender, ice lolly moulds.

Flaming Rum ‘n Raisin (sounds dangerous, we think Mathew Cadman-Jones should stay away from these)!
Serves 4

Method:
Put the sultanas, raisins and a splash of water into a pan on a medium heat, so they plump up for a few minutes as the water evaporates. Meanwhile, smash up the biscuits and divide between four bowls, adding a scoop of ice cream to each.
When the water’s gone, pour the rum over the sultanas and raisins and spoon the mixture over your ice cream balls.
If you want to impress – set fire to the sultanas and raisins in the pan with a match and serve up after the flames have subsided!