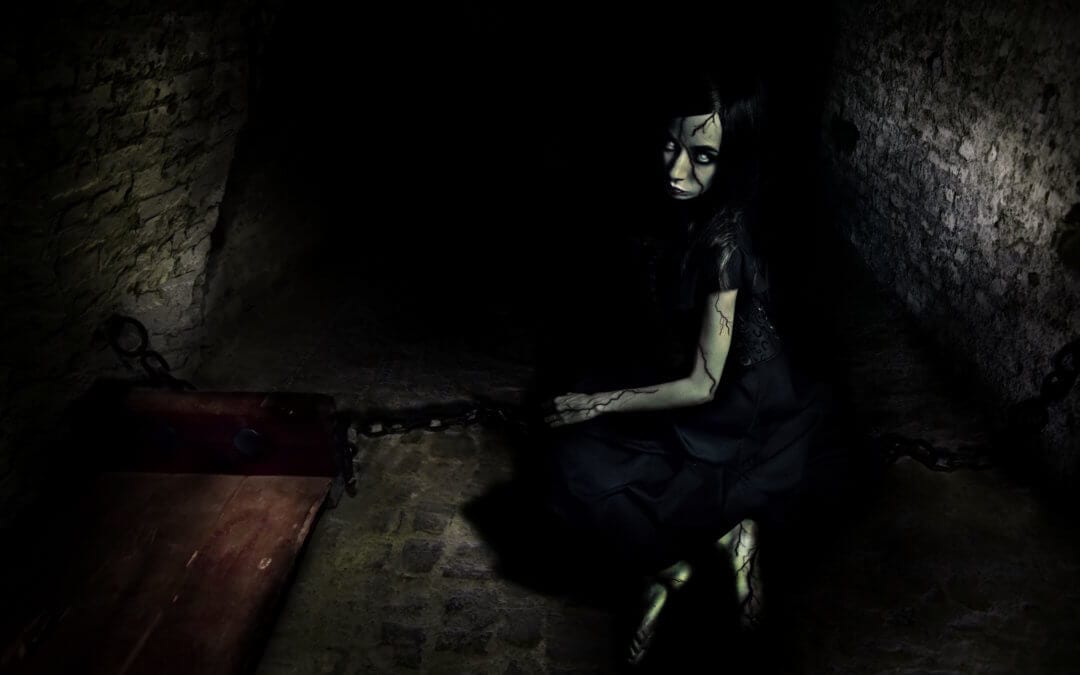 A recent survey has found that one in seven UK residents believe that their home is haunted – (- it isn’t).

The poll conducted on behalf of mortgage and loans broker Ocean Finance, found that a large number of people across the UK think there are some ghostly goings-on happening behind their front doors, with around 15% believing their home is haunted – (- it isn’t)

Of these, nearly half (47%) said they’ve felt a ‘presence’ in their home, and almost 3 in 10 (29%) claimed they have experienced strange and unearthly chills around the property. 16% of those living in a suspected haunted house revealed that they had actually seen a ghost there – (- they hadn’t)

Whilst there were some who claimed to have seen a spectre haunting their home, others had experienced the aftermath of spiritual activity. A fifth of respondents said they had seen items around their property move on their own (- Roomba vacuum, hands on a clock etc) – whether actually witnessing things flying around or finding that items were not where they had left them ( – kids?).

However, phantom flatmates could hinder someone trying to sell their home ( – Come on..really?)

Another survey found that 30% would be put off buying a property if someone had recently died there. 23% said that a property’s proximity to a graveyard could dissuade them from buying, and one in 9% even admitted that they would decide against a house if its address was ‘number 13’.

However, superstitious and psychic beliefs may also help property sellers. Over a quarter (26%) said that when they had been to view a house or flat they were interested in buying, they felt an aura around the property. (- they hadn’t). Three-quarters (77%) of these said that the property’s aura had been positive, with the remaining quarter (23%) sensing a negative aura ( – No)

A property’s aura even influenced some people’s decision to buy. Of those who claimed to have felt an aura at a property, nearly three-fifths (58%) said that it had encouraged them to move in. (- I’m sorry, what?).

Just one in five (20%) said that the presence of an aura had dissuaded them from buying a home, showing that in general, house sellers can be thankful for these ‘feelings’. (- Clearly 1 in 5 should spend their deposit on a relaxing holiday or some kind of therapy perhaps)

An Ocean spokesman said: “It seems that some people in Britain are less pragmatic than they seem! With so many convinced that they have a ghostly guest at home, it’s not surprising that it’s influencing some house buyers’ decision on whether to move into a property.

If you’re looking at a house to move into and something feels ‘off’, it might be worth making sure that the proper surveys have been done. Your sixth sense may be warning you of a costly surprise in the future – such as a structural issue or damp in the walls.”

Thank you to propertyreporter.co.uk for the original article.

At Cadman Homes we strive to make sure only wanted guests enter your property. All viewings are accompanied by one of our trained staff, and they will have seen the property before ever showing someone around. Sometimes people are keen to view a property that just isn’t suitable or that they cannot afford. In car sales language this is “Tyre kicking” – With houses it’s called “Carpet treading”!

What’s more we qualify all prospective viewers to make sure they have the “money” and “motivation” and are suitable for the property, as well as the property being suitable for them. This way viewings are more focused and a better selling opportunity for us to get you an offer.

Before you instruct an agent whether “High Street”, “Online” or otherwise, make sure that you have checked what they will actually be doing for the money they charge! You may be surprised at the difference in what agents do or don’t do for the fee they charge. Call Cadman Homes on 01788 560 905 or request a call back from the website to find out how Rugby’s best family owned and run estate agents can look after your property sale or let, with no spooky small print!

The only Spectre in my house is the 24th Bond film!